It is the small things in life which count; it is the inconsequential leak which empties the biggest reservoir. ~ Charles Comiskey

Jack, my lovely and ill-mannered Tibetan Terrier, has very long hair. And because of his significant lack of manners, I rarely take him to the groomer, 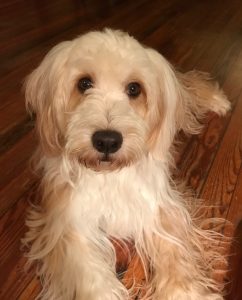 opting instead to bathe and brush him myself. I don’t do it on a certain day of the week, or at pre-determined intervals. I just do it when it needs to be done. But sometimes…I ignore the signals that indicate “it needs to be done.”

His coat starts to look dingy… “Oh well, it’s not too bad.”
He starts to have that “outdoor” smell… “Goodness Jack, you need to air out a bit.”
He gets difficult to brush… “Geez! All this hair is hard to manage.”
Now that he’s harder to brush, he likes it less and he is harder to deal with… “Oh come on, Jack! You’re being awful.”
He’s difficult so I avoid brushing him until it’s time to bathe him…
(Oh wait… that’s where this whole cycle started, isn’t it!)

When I ignore the very clear signals that this task is due, it tends to cause more “tangled” problems – for me and for Jack.

I knew he needed a bath. And yet, I waited. And then, his hair became difficult to comb, so I didn’t. I waited. And then, I knew I needed to get the mats out of his hair before I bathed him and that it would take a good bit of time to do that, so, again, I waited. And on it went. By the time I hunkered down with brush, comb, scissors, thinning shears, and a very reluctant Jack, the process was no longer just a hoop to jump through, it was a hurdle to overcome! 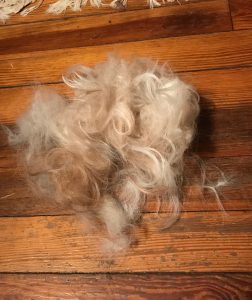 In the end, I was tired, Jack was tired, he had far less hair (more so in some spots than others) than he started with, and I had already started dreading the next time. (Now it bears mentioning that under normal circumstances Jack is easy to bathe and not hard to comb out if it’s done regularly!)

It doesn’t matter who or what’s to blame. It doesn’t change what happened or where things are now. The truth of the matter is I ignored the signals that things were getting “tangled.” And the longer I ignored or avoided or placed blame, the more tangled things became.

Jack is now combed out, clean and looking great. And because he has no tangles, he doesn’t mind being brushed and is better behaved.  In fact, it was as I was sitting on the floor with him, easily brushing his coat, that I realized how life always gives us signals (nudges) that things are getting out of balance; that things need to be tended to so that ease and balance can be maintained. And, being human like we are, we often ignore (or avoid) those signals – to our own, and others, detriment.

Going forward, may I pay attention to signals earlier in the process so as to lessen complications and entanglements of all sorts – for myself, and for others. 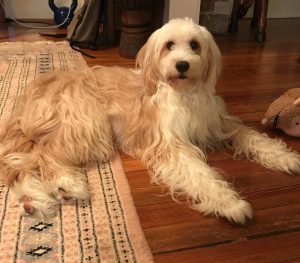 Life really is an amazing teacher, if only we’re willing to pay attention and listen.

All stories by: Augusta Kantra